What is an Opal Gemstone? 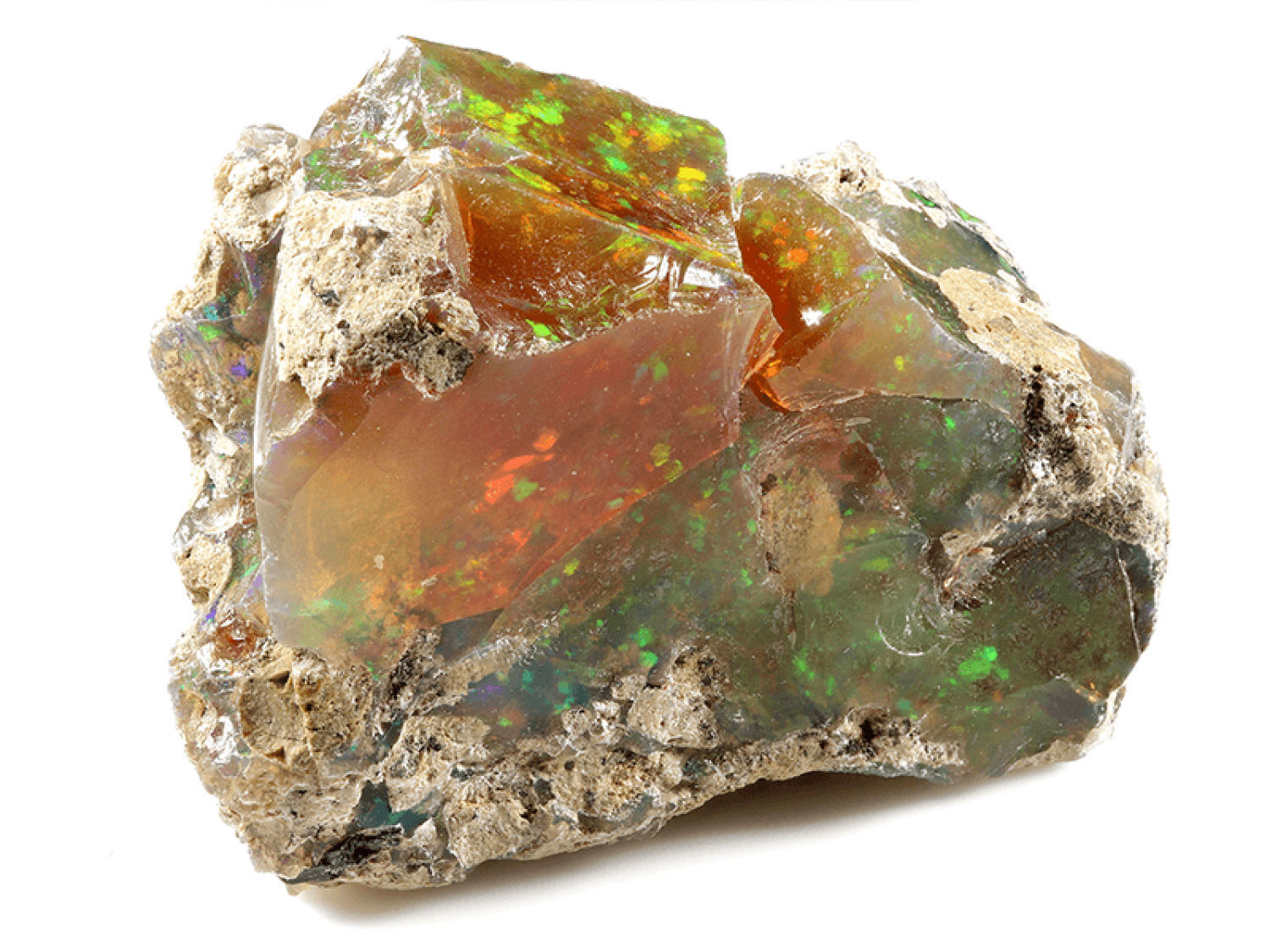 Opals are formed of the mineral silica, however, they're in a completely non-crystalline form, unlike their counterparts like agate and quartz. Since opals have high water content and are formed from hydrated, amorphous silica, they are classified as a mineraloid, rather than full minerals.

The name Opal by most accounts, seems to have originated from the Sanskrit word “upala”, however some believe that the name comes from Latin's term “opalus” as the name may have been adapted from Ops, the wife of Saturn in Roman mythology.

Opals can be separated into two classes: Precious opals, which display their well-beloved iridescence, and common opals, which lack this feature, instead displaying milky tones and lusters.

Both classes of opals can be opaque, translucent or opaque, with their backgrounds being any color in the spectrum, including black and white. Black opals are the most valued, due to their rarity, with the more common variants being in shades of green, white, and grey.

Australia supplies up to 95-97% of the world’s opals, and as such, has been designated as its national gemstone