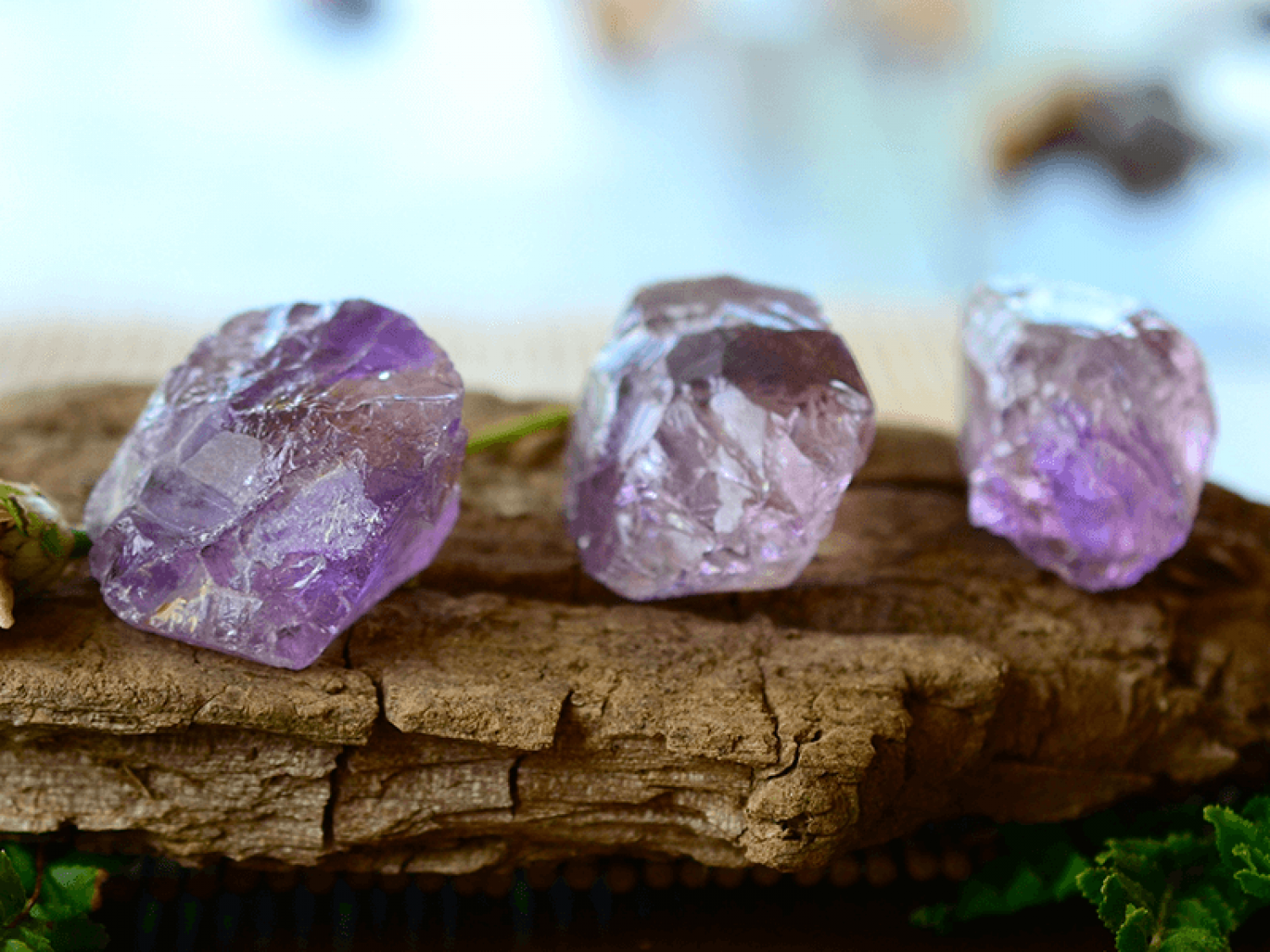 Amethyst is a gemstone which has been used by most of the major or famous historical civilizations. It is known that the Egyptians, Greeks and Romans all used amethyst for jewelry and “healing” purposes.

Amongst famous personalities, Catherine the Great of Russia (1729–96) was known to love Amethyst and she had, amidst her massive collection of precious and semi-precious gemstone jewelry, several pieces of importance. The 20th century British Royal family is also known to favor amethyst with ornate necklaces being a favorite.

Tibetans monks have prayer beads made from amethyst as they consider it a sacred stone to Buddha. In the 14th-17th century, English royalty was known to wear amethyst and, as such, it became known as a “royal stone”. This may be partly due to the fact that purple is one of the most difficult to obtain and expensive natural dyes for clothes and was therefore only available to royalty.

Amethyst is the birthstone for February - check-out our birthstone section for more on this - so it’s a good choice for gift giving to those February babies! It is also associated with the zodiac sign, Aquarius.